The journal Prace Literaturoznawcze [Papers in Literature] was established in 2013 at the initiative of the employees of the Institute of Polish Studies and Speech Therapy at the University of Warmia and Mazury in Olsztyn. This journal continues the publishing tradition of the Institute of Polish Studies at the second half of the last century. In the 1970s literary scholars had an opportunity to publish their papers in Prace Naukowo-Badawcze Zakładu Filologii Polskiej WSP w Olsztynie [Research Papers of the Department of Polish Studies of the College of Education in Olsztyn]. In the 1990s Professor Andrzej Staniszewski established another periodical Zeszyty Naukowe WSP. Prace Filologiczne [Research Bulletins of the College of Education. Philological Papers]. This journal published articles authored by literary scholars and linguists from that Department. In 1997 linguists set up their own journal Prace Językoznawcze [Papers in Linguistics] to create a platform for publishing their scholarly achievements as well as those from other academic centres. Prace Literaturoznawcze is a new periodical – the first issue appeared in 2013 and in 2015 it was included in the list of journals recommended by the Ministry of Higher Education and received 5 points. In 2019, he scored 40 points on the ministerial list and qualified for the "Scientific support for journals" program.

Undiscovered, forgotten, underestimated - the achievements of women in culture, literature and art through the ages

Papers can be submitted until the end of September 2023. 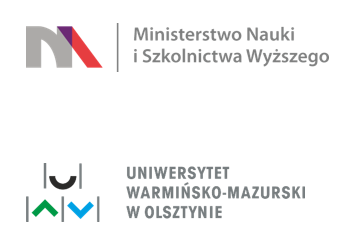